Our website uses cookies so that we can provide a better service. Continue to use the site as normal if you're happy with this, or find out how to manage cookies.
X
You are here
> Media
> News Releases
> Royal Nore to Leave Thames for Royal Yacht Britannia Trust Collection 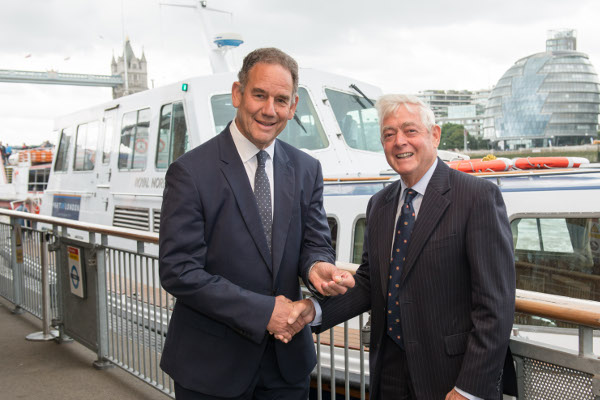 The Royal Nore has been used by Her Majesty The Queen during her visits to the Thames for official events including: the official opening of the new London Bridge in March 1973; the Thames Barrier, in May 1984; the Millennium Dome in 1999; and the Millennium Footbridge in 2000.

The PLA has owned and operated the Royal Nore since 1971. She was at the centre of the River Progress and Pageant held to celebrate the Queen’s Silver Jubilee in June 1977. At the time the vessel was named ‘Nore’; she was subsequently renamed Royal Nore in recognition of her service, by Royal Command.

When the Queen was on board, the Royal Standard and Regalia were displayed and Her Majesty was always accompanied by her Bargemaster, along with eight Royal Watermen in full ceremonial dress, standing on the fore deck.

The barge was officially handed over to the Britannia Trust by PLA chairman, Christopher Rodrigues CBE at a ceremony on Tower Pier.

“The Royal Nore has played an important role in the history of the Thames and the nation for over 40 years. As she reaches the end of her working life, we are delighted that she is joining The Royal Yacht Britannia Trust collection in Edinburgh, and will be made more widely available for people to visit. The Royal Nore will continue to be available to participate in major events for years to come.” 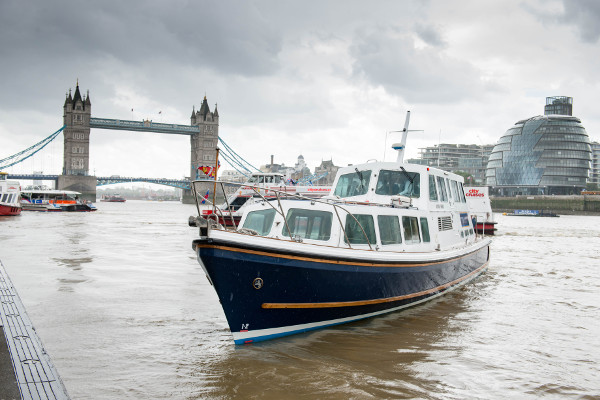 “We are delighted to welcome the Royal Nore to the Britannia collection at The Port of Leith, in Edinburgh. The two vessels enjoy a shared heritage, as the Royal Nore was often used to carry members of the Royal Family to Britannia when she visited London. As a link to some of the landmark events which have taken place in Britain during the last 40 years, we couldn’t have a better addition to our collection.”

The Royal Nore was refitted extensively at Gillingham Marina in 2009. Her top deck was entirely rebuilt, with a lounge area and reception space on one level. The boat's décor and furnishings feature Irish Ulster Wool carpeting, bespoke Lloyd loom armchairs, tan leather button back banquette and rich Cherry wood panelling throughout.