Our website uses cookies so that we can provide a better service. Continue to use the site as normal if you're happy with this, or find out how to manage cookies.
X
You are here
> Media
> News Releases
> Port of London Authority to more than halve emissions by 2025

Port of London Authority to more than halve emissions by 2025

The Port of London Authority (PLA) has announced plans to more than halve its carbon emissions within five years and achieve Net Zero by 2040, or sooner. 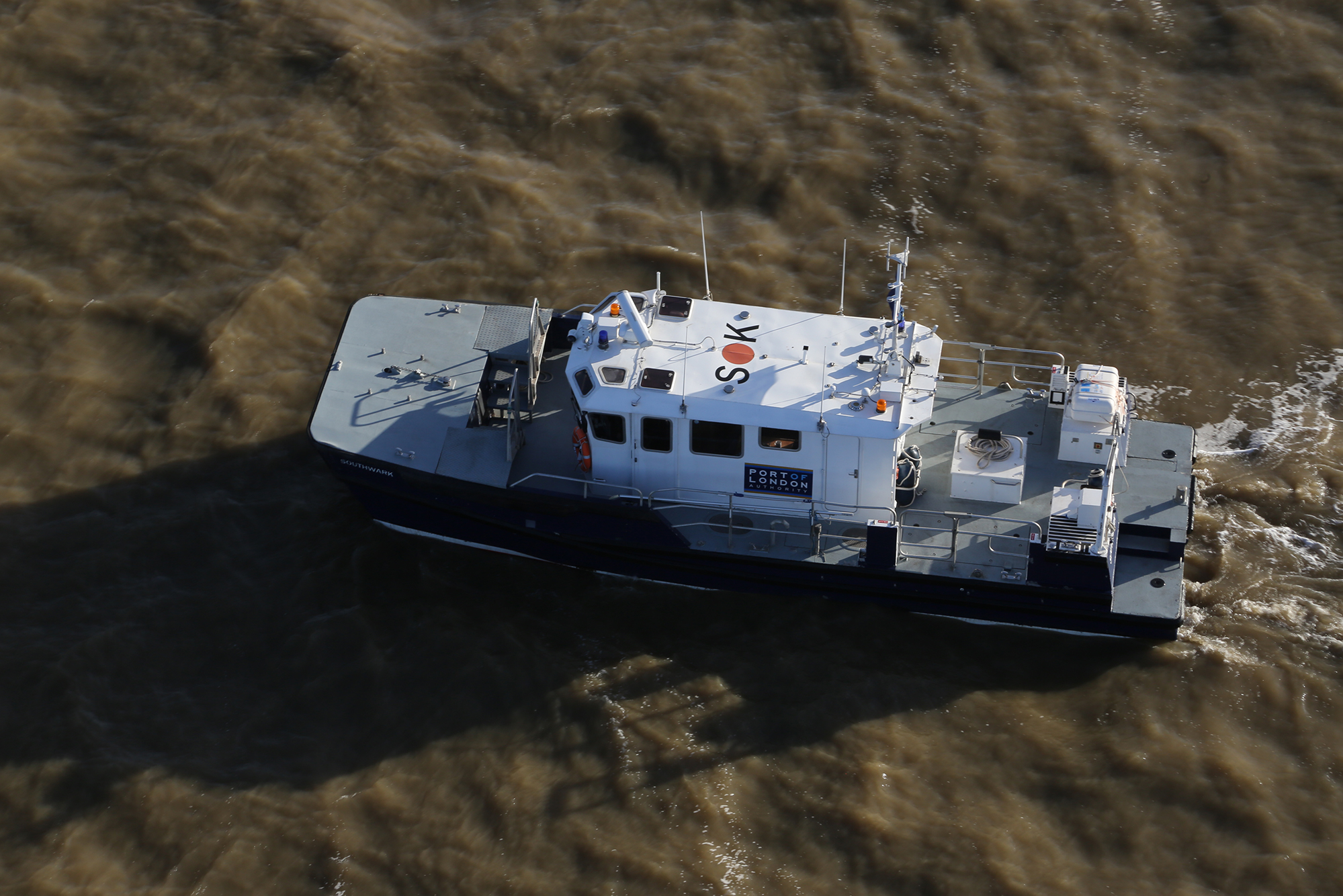 PLA director of planning and environment, James Trimmer revealed the plans to more than 150 delegates who joined the PLA’s Greening Inland Shipping webinar today (Thursday, 5 November). Last year over 1,916 tonnes of carbon were generated by PLA operations, the vast majority from vessels performing essential duties including pilot transfers, river patrols, channel and mooring maintenance. The comprehensive plans for reducing and ultimately eliminating them were developed by a cross company team over the last ten months; the plans are part of a wider PLA strategy to improve environmental performance across air quality, climate change, biodiversity and resource use.

The initial phase of the plan will see emission cuts projected to exceed 60% by 2025, compared to the baseline year of 2014, when 2,054 tonnes of carbon were emitted. This will be centred on a programme of investment in the PLA vessel fleet including: the adoption of biofuel across the fleet, and – over the next five years – replacing two vessels with low emission alternatives. In addition, the PLA will switch its road vehicles to electric and all pilot taxis will be lower emission vehicles. Plans for a new sub-station at Denton will be developed, to cope with increased electrical demand. The fitting of Selective Catalytic Reduction (SCR) to four vessels, subject to successful completion of a trial, will further reduce nitrogen oxide emissions as part of the PLA Air Quality Strategy.

Work has already started. A successful trial using biofuel on one of the PLA river patrol vessels started late last year. The marine engineering team is now preparing for the fuel switch, installing biofuel tanks at PLA riverside bases. The PLA is adopting different engine technology too, with one of its Driftwood vessels set to be retrofitted with exhaust scrubbing equipment in a trial supported by the Mayor of London’s Clean Air Fund. Once this work is complete, the vessel is expected to be the cleanest on the river.

“Climate change, and the need for a swift energy transition in response, are pressing long-term issues facing us today,” commented James Trimmer. “This is about building long-term energy resilience – investment to ‘build back better’ from the impact of the coronavirus pandemic. Achieving Net Zero is a challenge to which organisations, including many of our industrial and maritime partners, customers and stakeholders are rising. Today we’re proud to share our outlook and comprehensive plans for achieving Net Zero by 2040 or earlier, if we can.

“We have developed a comprehensive plan, which delivers a major difference within the first five years, but the reductions will become harder after that. This is where innovation will need to step up a further gear, with options including: replacing the vessel fleet with zero emission alternatives as technology develops; renewable energy installations; saltmarsh restoration; biodiversity enhancement and carbon sequestration; and wildflower planting for biodiversity.”

“Our goal is to achieve Net Zero by eliminating emissions through adopting and supporting the development of new technology and its applications. Offsetting is for us very much a last resort, although beneficial improvements to the marine environment, which have an offsetting benefit, are part of our wider agenda.”

Accelerated Net Zero commitments were found to be one of the key areas Great River Cities are actioning as they respond to the coronavirus, according to a snapshot survey of 16 global cities the PLA released last week.

In developing their longer-term Net Zero plans, the PLA will be looking at feasibility studies in a range of areas, including: aquaculture for carbon sequestration and green roofs. Studies which produce viable results will be taken forward for implementation.

The PLA is an environmental leader in the UK ports industry. First to develop and publish an evidence-based Air Quality Strategy in 2017, this summer they published the first roadmap for inland vessels emissions reduction.

As part of the latest Greening Inland Shipping webinar, the PLA also launched the new Thames Green Scheme, an initiative to help vessel operators on the river to benchmark performance and plan for its improvement over the long term. A ‘Thames Operators Scheme’ for the river, it will include five tiers of environmental endorsement, reflecting the performance of each vessel. More information on the Green Scheme can be found here: https://www.pla.co.uk/Environment/Thames-Green-Scheme

“We are making our Net Zero commitment while we have the immediate challenge of working through the pandemic in front us. Our Net Zero plan, Thames Green Scheme and Air Quality Strategy are about supporting recovery and building back better for the long term.”

In 2019, the PLA was one of the first organisations to sign up to the Society for the Environment #PledgetoNetZero – a commitment requiring signatories to adopt science-based targets to reduce greenhouse gas emissions. To sign the pledge the PLA had to demonstrate: commitment to a science-based carbon reduction target (SBT); include emissions from buildings and travel as a minimum; achieve the target reduction without the use of offsets; report the carbon footprint against the target year-on-year; and plan an active role in advancing industry progress towards a Net Zero carbon economy.