Our website uses cookies so that we can provide a better service. Continue to use the site as normal if you're happy with this, or find out how to manage cookies.
X
You are here
> Media
> News Releases
> Christopher Rodrigues appointed PLA Chairman 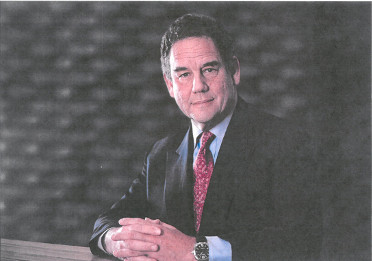 The Secretary of State for Transport, The Rt Hon. Patrick McLoughlin MP, has appointed Christopher Rodrigues CBE as chairman of the Board of the Port of London Authority (PLA) with effect from 1 January 2016.

Christopher Rodrigues will succeed Dame Helen Alexander, who has been PLA chairman since January 2010, as her statutory term of appointment comes to an end.

Following an executive career in the financial and tourism sectors, Christopher Rodrigues is currently chairman of Visit Britain, Openwork LLP and The Almeida Theatre and is a Trustee of the National Trust. He is a past chairman of Leander Club and a steward of Henley Royal Regatta

The PLA oversees navigational safety along 95 miles of the tidal Thames, a river home to the UK's second biggest port, the busiest inland waterway for passengers and freight and a world famous centre for rowing. Running the river in trust for the benefit of future generations, the PLA shares its marine, environmental, planning and other expertise, promoting use of the river and safeguarding its unique marine environment.

“I am proud of the PLA's achievements over the last six years, helping the Thames to be the busiest and safest it’s ever been. We've seen a transformation of river use. Last year modern day records were set with nearly ten million passengers travelling and over five million tonnes of freight moved between wharves.

“Now the PLA is looking to the future of the river and estuary. The Thames Vision project has identified great potential. The PLA executive team, supported by Christopher, will have the exciting challenge of bringing it to fruition.”

"The River Thames is the beating heart of the greatest city in the world. It has been part of my life for over 50 years, first as a schoolboy oarsman on the Tideway, then as a member of two winning Cambridge Boat Race Crews and subsequently as chairman of Leander Club, a steward of Henley Royal Regatta and a craft owning freeman of the Waterman’s Company.

“I’m truly delighted to be joining the PLA as it finishes shaping its Vision for the river’s future. I look forward to getting out to meet the people who use the river for work, travel and play and to helping build support for the Vision from the river’s multiple stakeholders.”