Our website uses cookies so that we can provide a better service. Continue to use the site as normal if you're happy with this, or find out how to manage cookies.
X
You are here
>New River Prize in Thames Festival Photo Competition 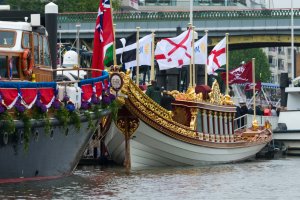 The PLA is sponsoring a new 'River Prize' category in this year's Thames Festival Photography Competition.

The Thames has been at the centre of key international events this year including the Queen’s Diamond Jubilee River Pageant and the Olympic Torch relay.  And it has continued to play its normal role, as home to the UK’s second biggest port, busiest inland waterway and centre for sport and recreation.  We are looking for photos that capture the river, what happens on it and around it.

The ‘River Prize’ includes a chance to see ‘behind the scenes’ on the Thames, with a trip on a PLA harbour service launch and a visit to the Port Control Centre.

This year’s overall prizes include a Nikon D5100 kit (worth around £1,200), plus a break for two at the Guoman Tower Hotel at Tower Bridge, as well as a host of runner-up prizes, including three Nikon COOLPIX S9300s and a School of Photographic Imaging course.

More information and the Photography Competition Rules are on the Thames Festival website.