Our website uses cookies so that we can provide a better service. Continue to use the site as normal if you're happy with this, or find out how to manage cookies.
X
You are here
>A river of opportunity

A river of opportunity 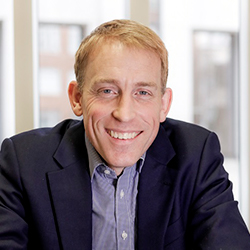 Robin Mortimer, chief executive of the Port of London Authority, on why the River Thames is central to building a green, post COVID-19 recovery.

Early yesterday, HMM Algeciras, the world’s largest container ship – and one of its greenest – docked at London Gateway in Essex.  The end of her maiden voyage to the UK is a good time to take stock.

Ships like HMM Algeciras are fundamental to the Thames’ status as an economic powerhouse.  She joins the 3,500 other vessels that have called at terminals on the river since lockdown started, keeping the country stocked with essential food, fuel and medicines.  She will leave later today, carrying British exports.

Just eight years ago, a vessel of this size could not have called on the Thames. DP World’s £1 billion plus investment in London Gateway opened the Thames up to ships of this size, re-establishing the river on the world’s trade superhighways.

The investment is part of a wider pattern.

Last month, Forth Ports officially opened phase one of Tilbury2, a £250 million investment, in creating the UK’s newest port.  Phase one is already giving quicker turnaround for freight ferries running between the UK and Europe. The construction materials terminal, due online later this year, will welcome the world’s largest aggregate vessels.

For many in the capital and beyond, the petrol in your car, the bananas in your fruit bowl, the crisps for your Friday evening Zoom call – all have arrived via the Thames.

Collectively, terminals on the Thames handle over 50 million tonnes of cargo annually, everything from pasta to paper, coffee to cars. To the surprise of many, the Port of London handles twice as much as either Dover or Felixstowe.

The resilience of the port during these testing past three months has been critical.  Since March, a wide array of port workers, including our pilots has continued to guide ships into and out of port.  Rail freight and road hauliers have speeded the goods onwards across the country. 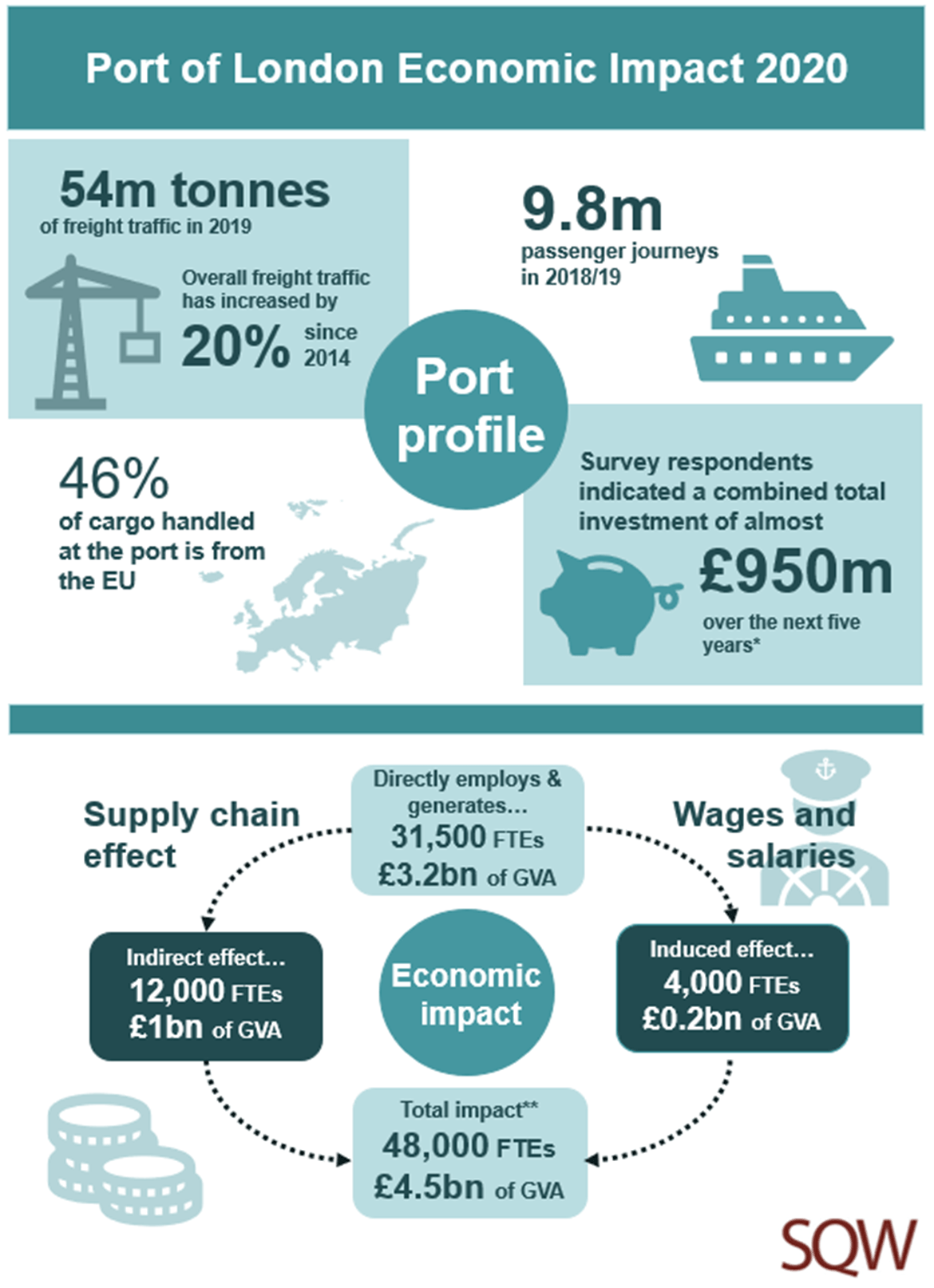 Just before the pandemic struck, we completed an economic impact study assessing the port’s contribution to the nation’s prosperity.  It showed that the port generated £4.5 billion worth of activities in terms of Gross Value Added and 48,000 full-time equivalent jobs. It also identified almost £1 billion of investment planned by 2025.

Sustaining these numbers is base one on the road to rebuilding the economy.  Working with all our partners, the PLA is determined to play our part.  It’s our day job in many ways. From planning the safe passage of HMM Algeciras up the river, to developing the Thames as a freeport.

Getting back to where we were pre-COVID-19 is not enough long-term, however.  Faced by the other great challenge of our time, climate change, our long-term goal is driving a green recovery.

The shock to the system that COVID-19 has delivered creates an opportunity for us to look afresh at how we will deliver on 2050 Net Zero commitments.  We are embracing this challenge enthusiastically, looking closely at all aspects of our operations.

Innovation is crucially important.  Securing the seismic change we need is about what you do, as much as how.  Work of the partners involved in the HMM Algeciras Thames call shows everyone working to reduce emissions.

One of the new megamax-24 design of vessels.  HMM Algeciras is a flagship for sustainability.  Its optimised hull design and highly energy-efficient engine significantly reduce CO2 and other emissions.  Its owners aim to reduce their container ship CO2 emissions by 70 per cent by 2030 (from a 2009 base) and achieve Net Zero carbon emissions across the whole fleet by 2050.

DP World London Gateway has a Planet Mark award for reducing the amount of carbon emitted per box handled by 25 per cent during 2018.

Initiatives in place to improve further include a fleet of hybrid shuttle carriers to move containers, as well as hybrid and electric vehicles and trialling a Kalmar FastCharge fully electric shuttle carrier.

Leader, the UK’s first hybrid pilot cutter, built in Norfolk, joined our fleet last year.  Running on electricity most of the time, she ferries our pilots to and from visiting ships, day in day out, cutting fuel use and emissions by up to 90 per cent.

We were also the first UK port to produce an Air Quality Strategy. This month we published an emissions reduction roadmap for inland vessels operating on the river, another first.

The Thames is the UK’s busiest inland waterway for freight, taking many hundreds of thousands of lorries off the capital’s congested roads every year.  That alone saves substantial tonnages of carbon.  The roadmap will enable operators to go further, with vessel improvements and innovation in the cargoes moved too.

Traditionally bulk cargoes – building materials and waste – have dominated.  The opportunity is starting to open up for the movement of light parcels too. This would capitalise London Gateway and Tilbury’s ideal location down river, to quickly dispatch goods along the Thames up into town.

Alongside flexible, off-peak use of London’s passenger pier network, they could link up with safeguarded sites, such as Peruvian and Royal Primrose, a stone’s throw from the O2. These are coming back into use after more than £20 million of PLA investment.

Partnership – including our collaborations with City of London, the Mayor, and the new Thames Estuary Growth Board – will be key to making the most of opportunities.

Since the launch of the Thames Vison in 2016 use of the river for freight and recreation has grown.  We are now working to update Thames Vision goals to reflect the Net Zero agenda and the impact of COVID-19.

HMM Algeciras’ outward journey will be through well charted waters. The voyage ahead for us and our partners building the Thames as a green economic powerhouse will be harder to navigate, but remains vital nonetheless.