Our website uses cookies so that we can provide a better service. Continue to use the site as normal if you're happy with this, or find out how to manage cookies.
X
You are here
> Media
> News Releases
> Thames set for major growth and improvement over the next two decades 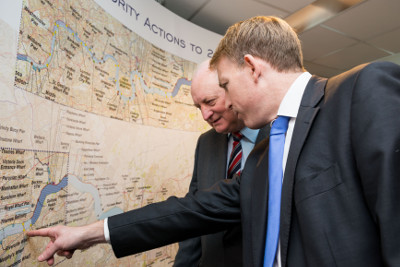 Use of the Thames could be transformed over the next 20 years, according to the latest Thames Vision publication issued today (Monday, 14 December 2015) by the Port of London Authority (PLA).

The Thames Vision Goals and Priority Actions report sets out six Goals and 24 Priority Actions that need to be taken to achieve the goals. Among the goals are: the busiest ever Port of London; 20 million passenger trips a year; more goods moved by river; the cleanest river since the Industrial Revolution; and more people than ever enjoying sport and recreation.

The PLA has been developing the Thames Vision with members of the public, river stakeholders and other organisations across London and the south east for the last ten months. The Goals and Priority Actions that have emerged are at the heart of a plan to develop the Thames over the next 20 years. 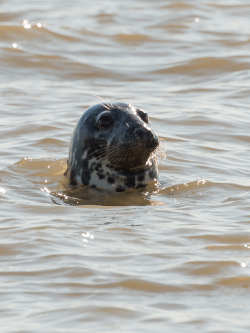 “Today we kick off a ten-week consultation on the Goals and Actions needed to make the most of the Thames,” said PLA chief executive, Robin Mortimer. “When we started this project in March we were sure there was untapped potential in this great river. What we’ve found, working with hundreds of people and more than 70 organisations, has surpassed our expectations.

“The cargo port the biggest it’s ever been and doubling the number of passenger trips on the river are great goals to aim for. We can combine this with environmental improvement and drawing more people to the river to enjoy sport and cultural attractions. This is about opening our eyes to what the great River Thames can offer right in the heart of London and the South East.”

The Goals and Priority Actions report sets out what needs to be done, by the PLA and others, to make the most of the Thames. The Goals are, in full:The busiest ever Port of London, handling 60 – 80 million tonnes of cargo each year (in 2014 the port handled 44.5 million tonnes)

• More goods and materials moved between wharves on the river, taking 550,000 lorries trips off the region’s roads

• The cleanest Thames since the Industrial Revolution, with improved habitats in the water and on adjoining land

• Greater participation in sport and recreation on the water

• A riverside which is a magnet for ramblers, historians, artists and others, whether living nearby, on the river or travelling from further afield

Information on the consultation, and how to feedback your comments, can be found on the PLA website at: www.pla.co.uk/Thames-Vision.

For a summary of the Goals and Priority Actions use this link: http://pla.co.uk/assets/thamesvisionsummary.pdf

For the full Goals and Priority Actions consultation documents use this link: http://pla.co.uk/assets/thamesvisionmain.pdf

• The PLA oversees navigational safety and river operations on 95 miles of the tidal Thames from Teddington Lock, through the capital, and out to the sea.

• More information on the Thames Vision project can be found at: www.pla.co.uk/ThamesVision