Our website uses cookies so that we can provide a better service. Continue to use the site as normal if you're happy with this, or find out how to manage cookies.
X
You are here
> Media
> News Releases
> Preparations begin for annual University Boat Races 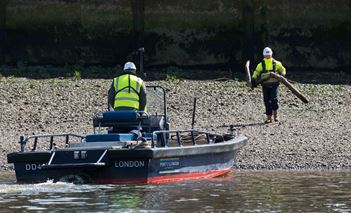 Preparations are underway for The 2016 Cancer Research UK Boat Races with the Port of London Authority (PLA) clearing the four-and-a-quarter mile course from Putney to Mortlake.

The Tidal Thames is the UK’s rowing capital with 6,000 people rowing on it every year. The University Boat Race is the most popular sporting event on the river, drawing thousands of people to the Thames river banks.

For the PLA and Boat Race teams, the event involves months of planning and preparation and as race day approaches the focus switches to simple tasks, like looking for rubbish in the river.

PLA Marine Services crews spend the week before the race scouring the course for obstructions, so that competitors can race unimpeded. The authority’s team usually recovers all types of wood from railway sleepers to tree trunks. Other ‘regular’ finds include traffic cones and bicycles. On race day, after one last check for floating debris, the PLA closes the river to navigation ready for the competition. 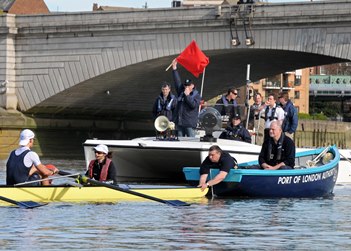 “A quarter of a million people are expecting to join us on the banks of the Thames on Sunday and another 15 million people will tune into the Races. We are excited to help make The Boat Race and other sporting activities on the Thames accessible to so many.

“Our twenty year plan for the river, The Thames Vision, is looking to improve participation in sport and recreation on the water by creating sport opportunity zones and develop more visitor moorings. With the support of the rowing, paddling and sailing community we expect this can easily be achieved.”

Rodrigues is an active rower, a former president of Cambridge Rowing Club and winner of the

“It’s a huge day for all four University boat clubs, and the PLA is behind the scenes managing the river to make sure it’s safe on Race day and throughout the year as the crews train on the tidal Thames.”

The PLA Marine Services team will be at the very start of the Races, holding the sterns of the Oxford and Cambridge racing eights steady for the starting gun.

For those who want to watch the Races live along the riverbank or get live coverage on TV radio or online visit http://theboatraces.org/watching-the-race for more details. 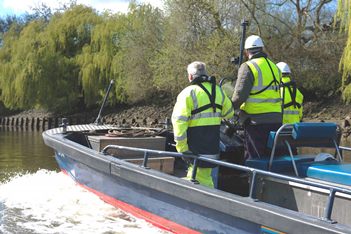 About the University Boat Race