Our website uses cookies so that we can provide a better service. Continue to use the site as normal if you're happy with this, or find out how to manage cookies.
X
You are here
> Media
> News Releases
> Pinns points to green growth 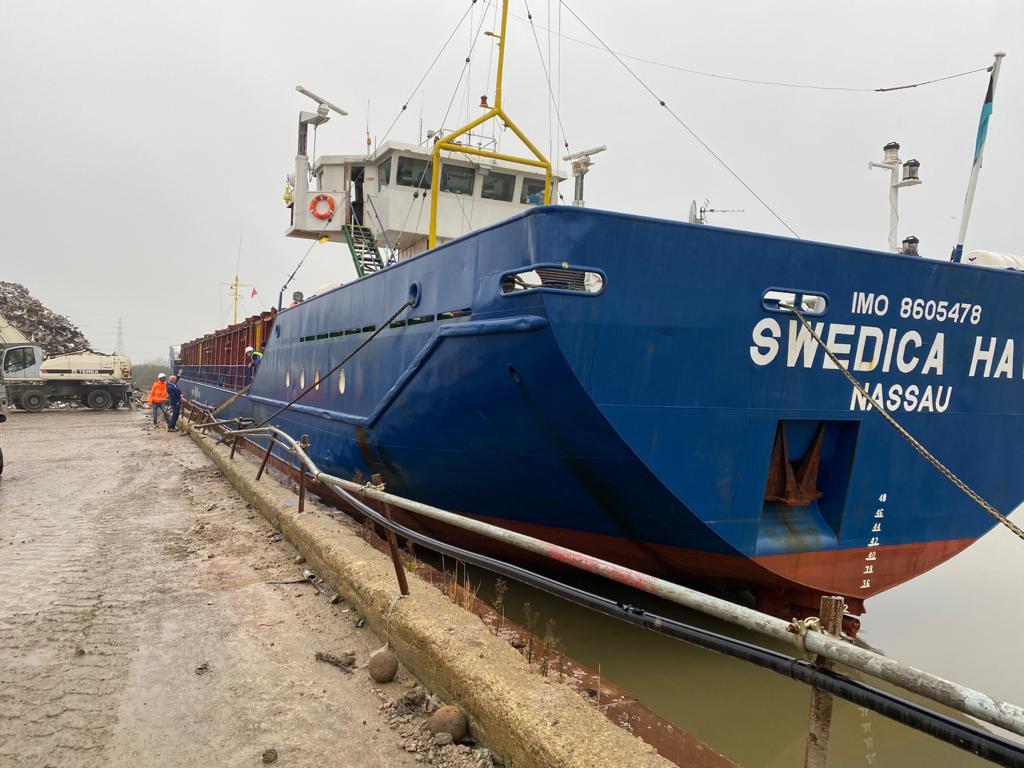 Sea-going vessels are back in action at Pinns Wharf in Barking Creek, after a five-year absence, boosting trade and air quality in the capital.

Earlier this month Swedica Hav and RMS Ratingen arrived at the wharf, in the London Borough of Barking & Dagenham, which was acquired by Corbyn in 2019.

In partnership with technical teams at the Port of London Authority (PLA), the firm has invested to make it possible for larger ocean-faring vessels to dock there once more.

It’s now the starting point for the export of bulk cargoes of construction materials and recycled aggregates to Scandinavia and the Baltic.

The news coincides with a recent wave of positive developments for freight on the river:

“Our staff and the wider port community have all played a vital role keeping shelves stocked during the pandemic.

“It’s clear that building back better must mean unlocking the river’s full commercial and environmental potential. It was instrumental in establishing London as a global centre for trade and can do so again.”