Our website uses cookies so that we can provide a better service. Continue to use the site as normal if you're happy with this, or find out how to manage cookies.
X
You are here
> Events
> Coming to London by boat for the Olympics?

Coming to London by boat for the Olympics? 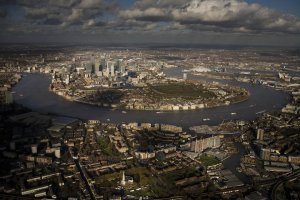 With a network of rivers, canals and docks, London’s waterways could provide the perfect mooring base from which to enjoy the 2012 Olympic and Paralympic Games and explore the attractions and cultural events across the city.  London’s waterways provide a wonderful and novel route into the heart of London; many waterway locations have easy access to the Olympic Park, other Games venues or public transport connections.

Boaters from PLA waters, the UK coast and northern Europe are being invited to take part in a short online survey to assess their interest in visiting London by boat during the summer of 2012 and their preference for different mooring locations, services and transit moorings en route.  Boaters can also register to receive future information as it becomes available.

Commissioned by British Waterways (BW) and supported by a range of navigation authorities, marine and boating associations including the PLA, the survey is online here (opens in a new window). It will run throughout the summer and closes on 30 September 2010.

The survey pages have links to maps of London’s waterways, tourist information and offer boaters the opportunity to register for future news about mooring in London during the Olympics.

Jon Guest, BW's London Waterway Manager, comments: "We want to make sure that our canals, rivers and docks are right at the heart of the Olympic party.  By finding out which boaters want to come to London and where they’d like to moor, we can start to plan how we might accommodate them, for example on new moorings in Docklands."

The research is being coordinated by waterway consultants Madge Bailey Associates and Thor Research Ltd.  General enquiries about the research should be directed to info@madgebailey.co.uk.

Any interested commercial boat operators (e.g. hire, hotel and passenger boats) from the UK or Europe should email gareth.stephens@britishwaterways.co.uk (for London Docklands, London’s canals and the River Lee Navigation), andrew.graham@environment-agency.gov.uk (for the non-tidal Thames west of Teddington Lock) or Thames2012@pla.co.uk for the Tidal Thames.

British Waterways is being assisted by the RYA, British Marine Federation, Cruising Association, Yacht Harbour Association, European Boating Association, Port of London Authority and Environment Agency who are publicising the survey to their members and networks in the UK and Europe.