Our website uses cookies so that we can provide a better service. Continue to use the site as normal if you're happy with this, or find out how to manage cookies.
X
You are here
> Environment
> Main Biodiversity Resources in the tidal Thames - Sites and Habitats

Main Biodiversity Resources in the tidal Thames - Sites and Habitats

A very high proportion of the area within the PLA’s jurisdiction is of value for biodiversity. In particular, a large part of the estuary is included within statutorily designated wildlife sites, and supports nationally and internationally important habitats and species (notably birds, but also including fish, invertebrates and marine mammals). There are fewer statutory sites in the upper reaches, although the entire tidal Thames and tributaries within Greater London are a Site of 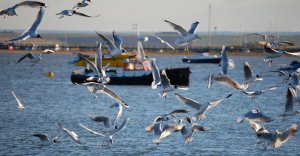 Metropolitan Importance for wildlife (non statutory but recognised in the London Plan and Borough development documents). The Thames Estuary Partnership has produced a useful Habitat and Species Audit for the tidal Thames between Teddington Lock and a line between the Isle of Grain and Shoebury Ness.

Nine SSSIs are wholly or partly within the PLA’s area of jurisdiction. As would be anticipated, the great majority of this comprises inter-tidal habitats, but additionally the whole of the PLA’s terrestrial estate at Cliffe Marshes and most of that at Allhallows is SSSI, predominantly grazing marsh. Barn Elms Wetland Centre is adjacent to, but outside the PLA's jurisdiction.

The SSSIs and their reasons for designation (as regards the PLA’s jurisdiction) are tabulated below:

Natural England is required to carry out a condition assessment of each unit in SSSIs as a measure of the state of the site with regard to the features for which it has been designated. Units are assessed as being in one of five condition categories: Favourable, Unfavourable Recovering, Unfavourable No Change, Unfavourable Declining, Destroyed/Part Destroyed.  These terms are defined as follows: 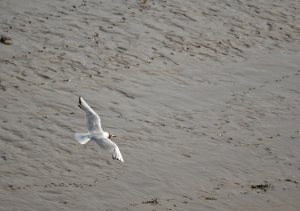 Assessments have been carried out at various times, and in some cases the available information is some years old. The table below sets out the available condition assessments for those SSSI units within the PLA's jurisdiction, with a summary of the factors affecting condition where this has been assessed as not being favourable.

Four SPAs are wholly or partly within the PLA's area of jurisdiction. Three of these are predominantly (but not wholly) coincident with the SSSIs, and accordingly comprise a similar range of habitats. The fourth, the relatively newly classified Outer Thames SPA, is entirely marine. SPAs are classified under the EU Birds Directive ('Council Directive 79/409/EEC on the conservation of wild birds') to protect breeding, passage and wintering populations of birds of significance at European level.

The reasons for the site's qualification as a SPA and the species involved taken from the SPA review - The UK SPA network: its scope and content. JNCC, 2001 (opens in a new window) - are set out below:

This site is coincident with the Benfleet and Southend Marshes SSSI. The principal habitats within the PLA’s jurisdiction are salt marshes, cockle shell banks and mudflats, providing a wide range of feeding and roosting opportunities for internationally important numbers of wintering wildfowl and waders.

The reasons for the site’s qualification as a SPA and the species involved (taken from the SPA review) are set out below:

This site is coincident with the Foulness SSSI, and is regarded as an integral component of the phased Mid-Essex Coast SPA. The principal habitats within the PLA’s jurisdiction are salt marsh, mudflats, sand flats and cockle shell banks, supporting important populations of breeding, migratory and wintering waterbirds, notably very important concentrations of Dark-bellied Brent Goose.

The reasons for the site’s qualification as a SPA and the species involved (taken from the SPA review) are set out below:

This marine SPA was classified in August 2010, and qualifies under Article 4.1 of the Birds Directive as it is regularly used by 1% or more of the Great Britain population of red-throated divers (a wintering peak mean of 6,466 individuals, which is 38% of the GB population). It covers an area of 379, 268.14 hectares.

Two SACs (Essex Estuaries and Margate and Long Sands) are partly within the PLA’s area of jurisdiction. SACs are designated under the Habitats Directive (‘Council Directive 92/43/EEC on the Conservation of natural habitats and of wild fauna and flora’) to protect a number of habitats and non-avian species of importance at European level.

The southern part of this large SAC, comprising a large proportion of the Foulness SSSI, including Maplin Sands, is within the PLA’s area of jurisdiction. It is designated for a number of habitats, set out in Annex 1 of the Directive: 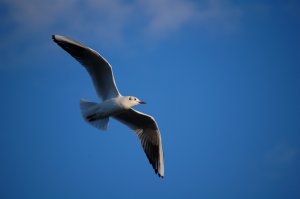 Annex 1 habitats present as a qualifying feature, but not a primary reason for selection of this site

Sandbanks which are slightly covered by sea water all the time

Most of this candidate SAC (which was submitted to the European Commission in August 2010) is within the PLA's area of jurisdiction. It is recommended for designation for a single habitat in Annex 1 of the Directive, namely:

Sandbanks which are slightly covered by sea water all the time

These sites are designated under the International Convention on Wetlands of International Importance especially as Waterfowl Habitat (the Ramsar Convention). As the full name of the Convention suggests there is a principal focus on waterfowl, but other wetland ecological criteria are available including aquatic invertebrate and plant interests. Within the PLA’s area of jurisdiction the boundaries of the Ramsar sites are coincident with the corresponding SPAs (although there is terrestrial habitat within the Thames Estuary and Marshes Ramsar site, outside PLA jurisdiction, that is not within the SPA). Where bird interests are the principal reason for designation there is usually significant correlation between the Ramsar and SPA interests but there may be variance in some instances, either because the Ramsar criteria differ from the SPA ones, or because the data used to justify Ramsar designation cover a different time period to those used for the SPA designation.

MCZs are to be set up under the Marine and Coastal Access Act 2009 to protect nationally important marine wildlife, habitats, geology and geomorphology. A collaborative project, Balanced Seas, is working on recommendations for MCZs around south-east England, and it is expected that these will be available in June 2011. Account will be taken of this at the next review of this CMF.

Sites of Metropolitan Importance (SMI) are not a statutory designation as such, although nationally or internationally designated sites may be included within the boundaries of SMIs. They are sites identified as being of strategic importance for nature conservation and biodiversity across London (mostly from work published in 1994 by the former London Ecology Unit, now part of the Greater London Authority), and are afforded protection in the London Plan and Borough development documents. See also Planning and Strategic Background section.

Comprises 257 ha of mainly intertidal habitats, and is entirely within the Benfleet and Southend Marshes SSSI/SPA. It is managed by the Essex Wildlife Trust under an agreement with Natural England under Section 35 of the Wildlife and Countryside Act 1981.

Local Nature Reserves are statutory sites, designated by local authorities under Section 21 of the National Parks and Access to the Countryside Act 1949. There are three LNRs within the PLA’s area of jurisdiction:

Comprises 1088 ha of intertidal habitats, lying wholly within the Benfleet and Southend Marshes SSSI/SPA. It was declared by Southend on Sea Borough Council in 1996.

This is a small island in the London Borough of Hounslow with significant biodiversity interest and potential. It is the subject of a management brief prepared for the PLA by the London Ecology Unit in July 1995, which makes a number of recommendations, most of which have not been implemented (e.g. re improving woodland structure), although some management of the breeding Canada goose population has been undertaken. The PLA currently has a partnership agreement with the London Wildlife Trust in respect of the management of Oliver’s Ait, with a view to a plan being written and signed off during 2011 to improve and maintain biodiversity on the Ait.

This is a 80 ha site on the north bank of the Thames, which has been owned by the PLA since the 1930s. 33 ha is an operating industrial area, leased to oil storage operators. The remaining 47 ha is farmland, which is likely to be of low value for biodiversity.

The PLA is the freehold owner of 75 ha of land adjoining the Thames at Rainham, in the London Borough of Havering, which was used for river dredgings disposal between 1958-1968, and subsequently for disposal of household waste. The site, with adjoining land in separate freehold ownership, is currently leased to Veolia Environmental Services (Landfill) Ltd. Potential contamination issues were identified in a report to the PLA by Willis Corroon Environmental Division (September 1995). Although the site has some limited current biodiversity interest, a key issue is the future restoration of the site after waste disposal ceases, anticipated to be in 2018. It is intended that the restored site will become part of the London Riverside Conservation Park (the Wildspace project), which includes the nearby RSPB nature reserve. The restoration will be guided by a Master Plan, to be prepared by Veolia under the terms of a Section 106 agreement, in consultation with the PLA, the RSPB and other Wildspace partners.

These lagoons were created by the PLA in the 1960s on land then owned by the Ministry of Defence to the north east of the Rainham landfill, with a view to providing replacement capacity for the disposal of river dredgings as the Rainham landfill site became full. Dredgings disposal led to the creation of wet conditions that were favourable for over-wintering waterfowl, notably teal, for which the site was nationally important between the 1970s and the early 1990s. This contributed to the lagoons being included in the Inner Thames Marshes SSSI, which was designated in 1986.

The much diminished use of the lagoons for disposal thereafter led to a rapid drying out and the succession of rank vegetation, with a consequent loss of the over-wintering waterfowl interest, although a locally important Thames Terrace invertebrate community has developed. The RSPB acquired the freehold to the lagoons early in 2009. Natural England has assessed the condition of this part of the SSSI as Unfavourable Declining.

Against this background, the future management of the lagoons is in question, and is the subject of continuing discussion between the PLA, RSPB, NE, EA and Westminster Dredging. More details of the sites management can be found on the PLA website here.